Thoughts on software and people. 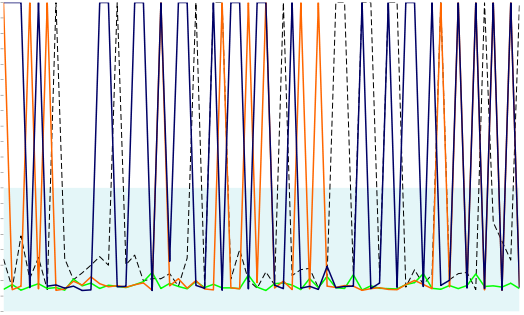 Lots of investigation ruled out the back-ends, though, at which point we started looking elsewhere, eventually coming to the conclusion that it had to do with cross-availability-zone traffic. Lots of time down the drain, all because something changed in EC2 land.

This is one of the drawbacks of deploying at large scale on EC2 - the network is a complete black box. Over the last six months I've spent lots of time fighting fires. I've come to call events like these "EC2 Storms" because out of the blue, with absolutely no changes to the software or configuration, everything will suddenly tank. A few hours or days later things clear up again and everything looks fine.